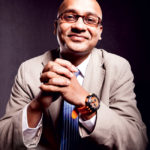 Professor Doutor Soumodip Sarkar – Vice-Reitor da Universidade de Évora – Soumodip Sarkar is a Full Professor at the Department of Management, University of Évora, Portugal, and researcher at CEFAGE-UE, and an Associate (Non-resident Fellow) of the Asia Center at Harvard University. He is also the Vice-Rector of the University of Évora, as well as the Executive President of the Science Park of the region (PACT). His current research interests include social innovation, entrepreneurship and sustainability. His recent research has been published in high impact journals such as: Government Information Quarterly, Regional Development, Scientometrics, Journal of Business Venturing, Journal of Small Business Management, European Management Journal, Entrepreneurship & Regional Development, Technology Forecasting and Social Change, Journal of Business Research, Service Business, Sustainability, Journal of Cleaner Production, Journal of Knowledge Economy, European Journal of Innovation Management, Service Industries Journal, Trends in Food Science and Technology, Regional Science and Urban Economics, Energy Journal among others. He has published four books on entrepreneurship and innovation, and his most recent book, EntreSutra was published by Bloomsbury in May 2018. He has been a coordinator as well as team member of sixteen international (EU funded) as well as regional projects, and currently involved in nine different projects. 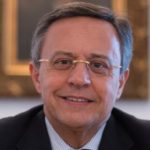 Professor Doutor Victor Gonçalves – Presidente do Advance-Centro  de Investigação Avançada em Gestão do ISEG – Vitor Fernando da Conceição Gonçalves holds a licenciatura in Management from ISEG-Instituto Superior de Economia e Gestão, Technical University of Lisbon, a Ph.D. in Business Administration, from the FCEE, University of Seville, Spain and the title of Agregado in Management by Technical University of Lisbon. His research has been published in international academic journals, industry oriented books and newspapers. He’s an experienced lecturer at various levels: undergraduate, post-graduated, master, Ph.D. and Executive Education, both in Portugal and abroad. Currently he is a Full Professor (since 1994) of Business Administration. He is the President of the Management Department of ISEG. And he is member of the General Council of Universidade de Lisboa (ULisboa). Previously he was Vice-Rector and Pro-Rector of the Technical University of Lisbon and Dean of ISEG. Besides his academic career he also has a long experience as consultant for many public and private organizations in Portugal and abroad. Prof. Vítor da Conceição Gonçalves has been also a member of the Board of Directors of several listed and unlisted companies. 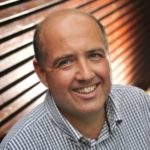 Professor Doutor Sam Bucolo – Executive Diretor do Australia Design Council e docente na Swinburne University – Australia – Executive director of Australia Design Council. Sam is currently Design Thinker in Residence with Meat and Livestock Australia and Adjunct Professor of Design at Swinburne University. Sam has collaborated widely with a diverse set of industry partners and sectors, he has led many government initiatives on embedding design within organisations, has held several senior positions within Universities and has been a former entrepreneur. He is the elected Australian board member and Vice President for Cumulus, which represents over 250 art, design and media universities in 48 countries. Sam has recently published his inaugural book, “Are We There Yet: Insights on how to lead by design”, which presents many of the organisations he has partnered with to build design leadership to enhance their innovation efforts. 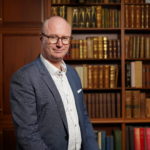 Honorary Professor Magnus Penker is a Wall Street Journal and USA Today Bestselling author, internationally-renowned thought leader on innovation, sustainability, and business transformation. He is a speaker in prestigious global forums and events, such as – The Global Peter Drucker Forum, top-ranked international business and design schools, a variety of associations, and some of the world’s largest companies. Mr. Penker recently launched the bestseller Play Bold, writing on a 5 Volume Series on Business Innovation titled The Complete Guide to Business Innovation, is a former contributing editor at the International Journal of Innovation Science, and a columnist for the American business magazine Inc Magazine.

As a result of these achievements he has been honored with the Business Worldwide Magazine award as the ‘Most Innovative CEO Sweden 2016’ and appointed as a Global Top 100 CEO by CEO Monthly year 2018. Additionally, he has launched 10 start-ups as well as acquired, turned around, and sold +30 SMEs all over Europe. For the past 10 years, he has used his practical and theoretical insights to develop InnoSurvey®, a leading methodology and global innovation database which is used to analyze and to provide advice to companies, business leaders, and scientists around the world. Today, Mr. Penker is the CEO and Founder of the Innovation360 Group, which is headquartered in Stockholm, Sweden, with executives offices in New York, Toronto and Sydney.

Through his best-selling American books on digitization and IT engineering and his more than 20 years of experience as a management consultant and business leader, Mr. Penker inspires leaders to find a new way of thinking and organizing to stay on top. Mr. Penker is driven by the recognition that in these turbulent times, we must understand what we are really good at and determine how we can use those capabilities and competencies to create advantages in a globalized market with endless possibilities. The global map is being redrawn at speeds we have not seen before, and historically low interest rates are attracting capital to global digital-risk projects that will further strengthen this movement.

Mr. Penker has a B.Sc. in Computer Science (CTH, Sweden) and an MBA from the Henley Business School, England. 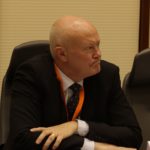 Thomas Andersson, Prof. Ph.D, is a senior expert on issues of innovation policy, the knowledge economy and smart city development. He is the president of the International Organisation for Knowledge Economy and Enterprise Development (IKED). Current engagements include international projects linking of smart cities in Europe, Asia and the Middle East around pioneering methods to boost the adoption by citizens of new solutions in response to outstanding social and environmental issues. In this context, he serves as an invited international expert of the Chinese Society for Urban Study (CSUS) for pilot testing and standardization of the smart city context in China.

Among other assignments, Thomas Andersson is chairman of the board for the International Entrepreneurship Academy (Intentac) and of the International University of the Entrepreneurship and Technology Association (IUET), the Swedish partner institute of the Centre for Global Competitiveness and Performance Framework for Cooperation, World Economic Forum, Geneva. He previously served as senior advisor of the Research Council of the Sultanate of Oman, and as a member of its international advisory board, and was the main expert of the Executive Council of Abu Dhabi on innovation and benchmarking natural resource-based economies. Recently he was responsible for the main chapter of UNCTAD’s science, technology and innovation policy (STIP) review of Iran.

In previous years, he was President of Jönköping University, Vice Chairman of Division XI of the Royal Swedish Academy of Engineering Science (IVA) on education and research policy, and Deputy Director of Science Technology and Industry at the OECD, where he led the Structural Policies Branch and coordinated the technology part of the Jobs Study and also the Growth Study. Further, co-founder and responsible for the joint OECD-World Bank program on Building Knowledge-Based Economies, he was responsible in the OECD for the first policy review carried out jointly with the World Bank, which addressed Korea’s transition to a Knowledge-based Economy.

Thomas Andersson received his PhD from the Stockholm School of Economics in 1989, where he became Associate Professor in 1993. He became full Professor of International Economics and Industrial Organisation at Jönköping International Business School (JIBS) in 2004, and has been a Visiting Fellow at Harvard University, Bank of Japan, Hitotsubashi University, and the University of Sao Paulo.